"Recognising the need is the primary condition for design"  - Charles Eames

Charles and Ray Eames are among the most noted American designers of the 20th century. The first to be able to design and mass-produce moulded-plywood furniture featuring complex curves, Charles and Ray were intent on providing high-quality, affordable furniture to the average consumer. A philosophy that informed all their designs was the goal to positively impact people’s lives and environments, while encouraging people to be open-minded about how things are and, more importantly, how they could be different.

At Mocka, we love good design and as such, some of our favourite products are replicas that pay homage to classic designers and their creations. This week we thought we would delve deep and give a brief history behind some of these iconic pieces. 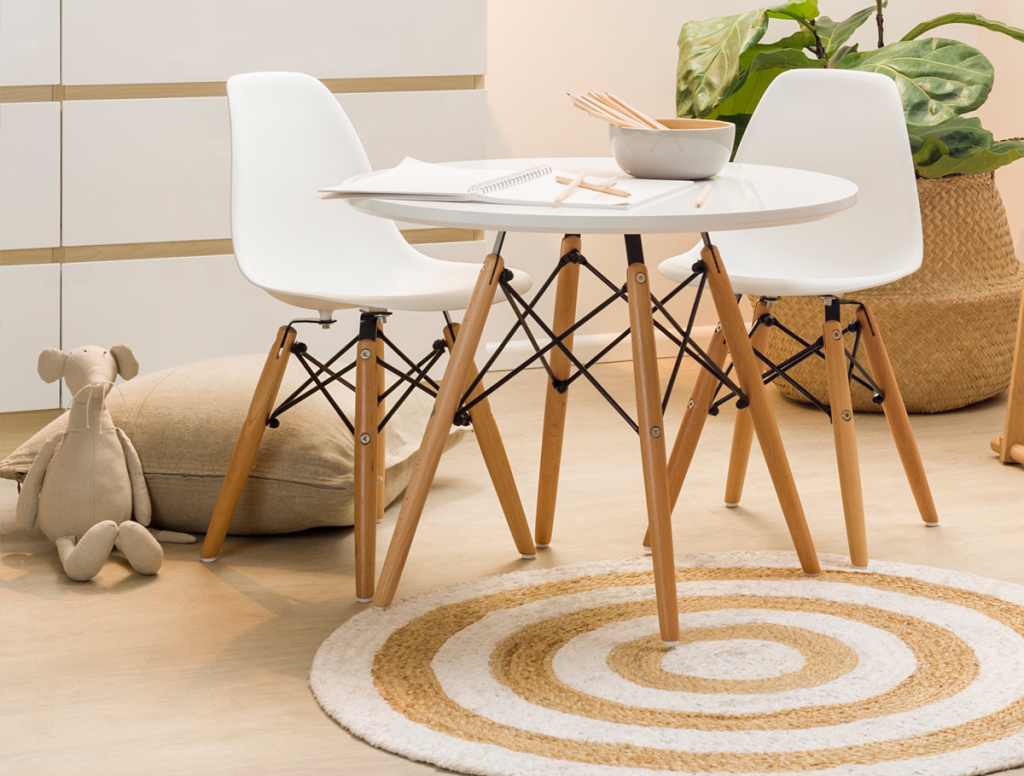 With a variety of models to choose from, Mocka’s Belle Kids Table and Chair is a replica of the Eames DSW model which featured a wooden base and the side chair armless, curved shape. Developed in 1951, the Eames plastic side chair became an iconic design and is still on-trend and in high circulation today. 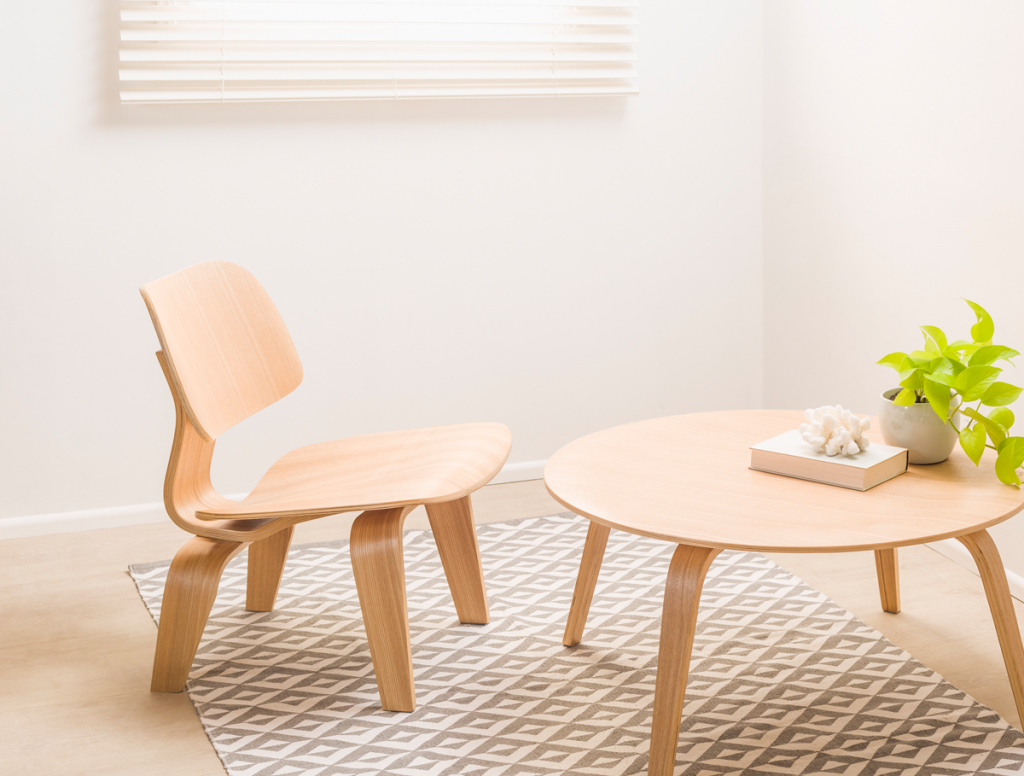 Extremely sturdy, ergonomic and elegant, Mocka’s Basse Chair and Table are replicas of the Eames DCW Chair and CTW Table. Made entirely from moulded-plywood, the DCW and CTW were innovative pieces of furniture developed in the late 1940’s. The concept behind the DCW Chair was the search for seat and back forms that support the human body using shape and flexible materials instead of cushioned upholstery. The result is a chair that proves less really is more. 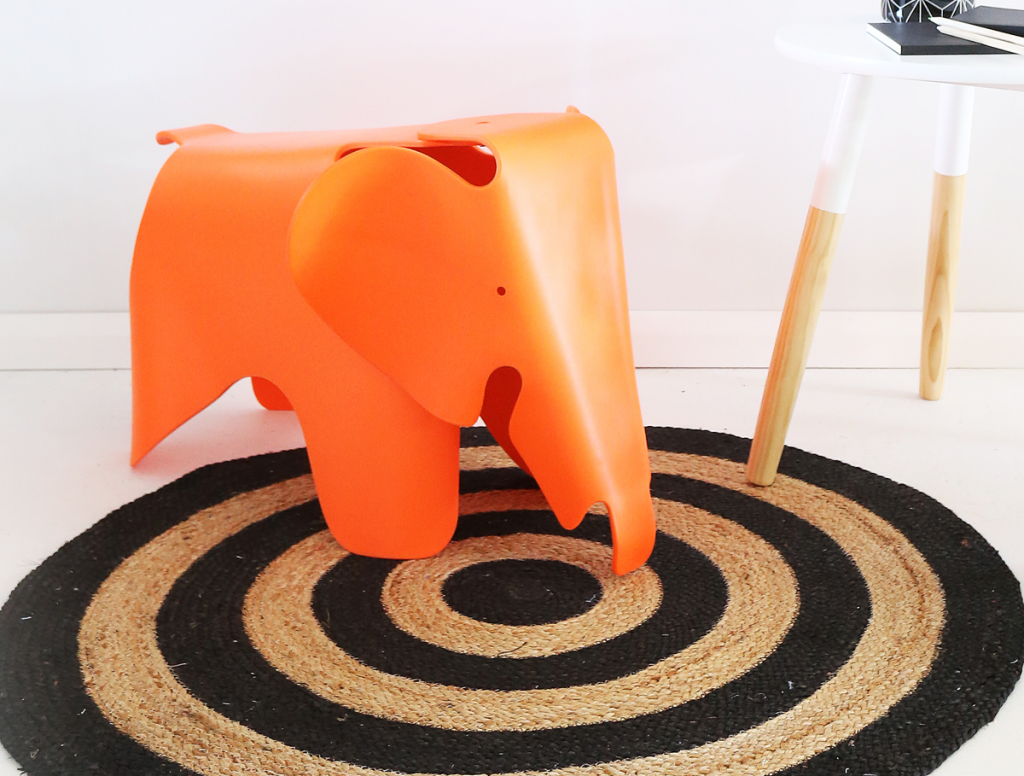 Charles and Ray reportedly had a soft spot for elephants which led them to design a moulded elephant toy/seat for children. The elephant was never mass-produced during Charles and Ray’s lifetimes. However, this changed in 2007 when a limited edition was released in honour of Charles’s centennial. Mocka’s replica Ernie the Elephant honours the fun and playful elements of Eames design. 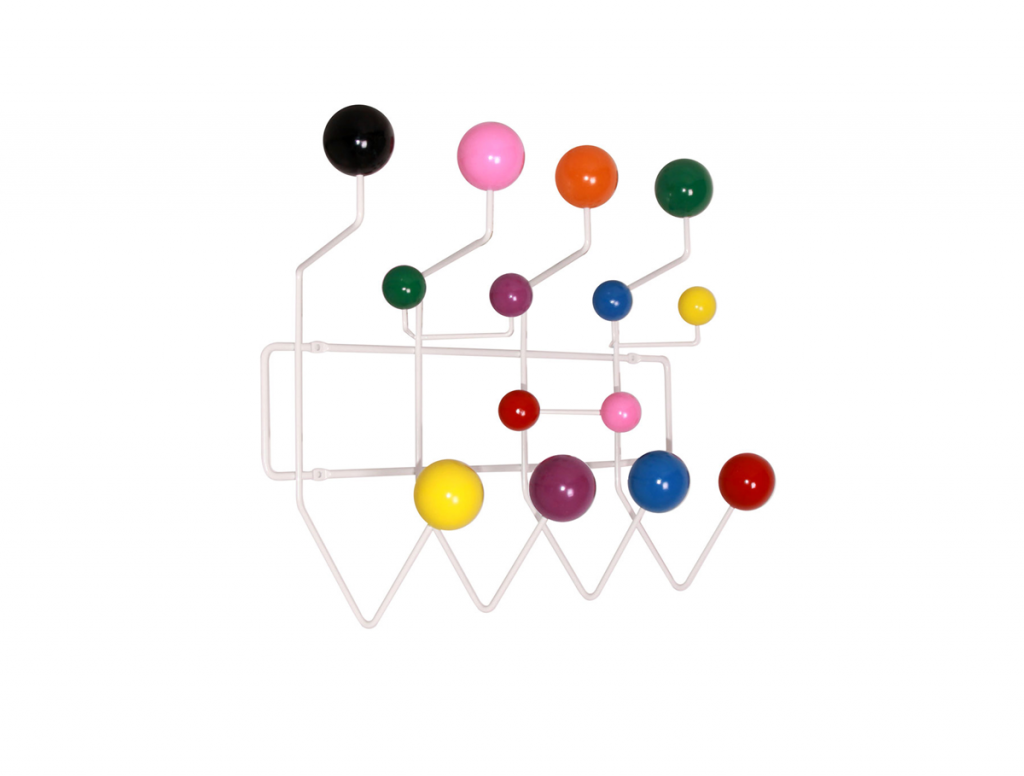 Nineteen fifty-three saw the introduction of the Eames Hang It All. A brightly coloured, spider-like coat rack that featured uniformly placed balls and a jagged metal base. Perfectly pairing art with function, the Hang It All showcases the Eames’s ability to think outside the box.